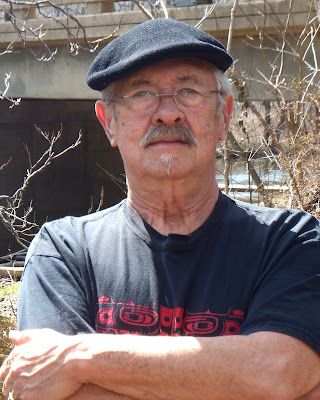 The arts world holds much truth for all people and can be extremely intriguing for the human mind. These characteristics apply to all living creatures, especially those who live in another “dimension,” outside of the normal 3-D world.

For example, if a person has lost some typical attributes like motion -- and the ability to control movement through the interplay with gravity, they may become disabled, with their motor memories frozen and atrophied in their brain. And yet, when they’re given a chance to experience music and the arts, another neuropath may be created in the brain which can open up new experiences, memories, and enjoyment.

My music career began with my brother and I lip-syncing R&B hits when I was 12 years old. We went to parties and gained some local recognition. Then we formed a band and started playing at sock hops and at community events.

During this time, my sister was interested in and talented in music, sound, and the beat. She was born with a disorder called Down’s Syndrome. When Down’s people focus, they go all the way, especially in an “I love you” way. My brothers and I did things around the home with our little sister, and a school dance gave us an opportunity to play for her and her friends. We played, and they treated us as if we were the “Beatles” (asking for autographs, etc.!).  And so began my love of working with differently abled audiences. My father always told me when we met a person living with a disability, ”They are just like you and me inside!”

Twenty years ago, the mother of one of my friends asked if I wanted to play music for the lady friends she was supervising. When I arrived, it turned out that the ladies were in the late stages of Alzheimer’s. I thought they looked “rough,” but my friend suggested that I go ahead and play and let’s see what happens. I started with “Ain’t She Sweet,” and these women became animated and started talking. And they looked better, in terms of their energy and facial expressions. I was astounded, and thoroughly enjoyed the occasion. I kept the experience in my mind, but it was a number of years before I had a chance to play in a similar venue again.

Five or six years ago, I was given the opportunity to play at a therapeutic summer camp for teens with physical and emotional disabilities. I found the use of rhythm instruments helped some enjoy playing with the beat. Shortly after that, VSA asked if I would be interested in setting up some performances for disabled adults, and I was excited for the chance.

My first gigs -- now called “workshops” -- were learning experiences, and the percussion and rhythm instruments were a plus. I started conducting music workshops through the Arc of the Piedmont at three different locations.

Then I was asked to go to Worksource, an organization where differently-abled individuals are given ways to feel independent through meaningful, real-world tasks.

During this same period, a group of Bluegrass musicians I play with started doing music programs at various senior centers and nursing homes. (There is a link to us playing at a nursing home at the end of this blog post if you’re interested in seeing and hearing us play.) Time and time again, we noticed how people with Alzheimer's just “wake up” and enjoy the music while we are playing. The power of music is profound, and I want to set up more projects for people living with Alzheimer’s.

As I became aware of more senior citizen groups in the area, I set up a music workshop at the Golden Living center. I have enjoyed great times with these folks! VSA also made songwriter workshops available, and this gave me the opportunity to work with other musicians to encourage an inclusive song writing experience for young people.

There are large groups of challenged youth and adults in group homes during the day, and I had a dream of doing a music television program that would allow them to receive the relaxing gift of music wherever they were. So, I called Charlottesville Public Television and spoke to the director, Calvin Tate.  When I told Calvin my dream, he said, “We can do that!”

As a result, my program Soundaffects is now a monthly, 30-minute TV show on Comcast cable Channel 13. Through CPA-TV, the 30th episode of this program aired in March 2017. CPA-TV allows me to copy DVDs of the program so that I can give them to venues and individuals who request them. I also have each episode posted on my website.

The music workshops and the TV program have been a blessing for me, and I will continue to seek ways to bring the gift of music to those who need it.

In the future, I would love to coordinate a concert series for differently abled individuals and include their caregivers. transportation assistants and family members. Dream big, and be willing to use your talents for the best benefit of all!

This is Week 12 of 52 Artists in 52 Weeks. Thank you for reading and sharing Wayne’s story today. To connect with him and see (and hear) more of his work, please visit the following links: