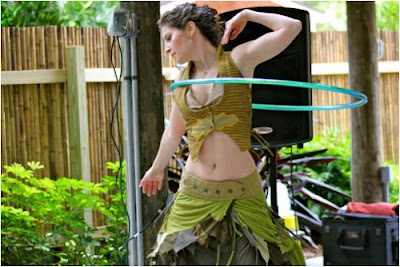 It was 2007, I was 27, and had been in an on-again-off-again relationship with a boyfriend for almost 10 years. It was painfully obvious that we did not belong together. I believe we kept coming back together for comfort and safety of “the devil you know".

So at age 27, I decided I to break this cycle. I had been stuck in a loop that was only going round and round, and I realized it was locking me in and keeping me from of growing outward. When one keeps repeating the exact same behavior, it's like pacing in circles. Cue the visual of the proverbial cartoon character that paces in a circle over and over and over again, digging a trench with his steps. With each repetition of that loop, we dig ourselves deeper into that habit. It becomes more and more difficult with each repetition, every deepening of the trench, to step outside of that circle.

However, when we finally do climb out, we break the cycle of the never-ending loop. Later, this became the theory behind the name of my business, Outward Spiral since Outward Spiral is the concept that there are cycles in life, and any place along that circular path is an opportunity to step out of the clearly defined (well trodden) path. Taking steps outside of the familiar circle takes you out of the continuous loop and begins to create an ever-expanding outward spiral. 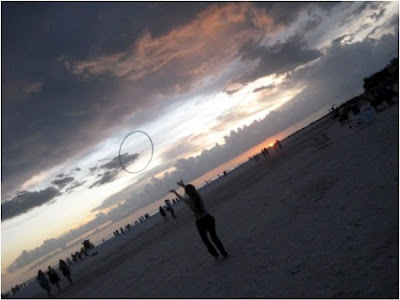 Once I broke up with my boyfriend, I found a circle - figuratively and literally. At the time I was living in Chapel Hill, NC and I went to a local festival called Shakori Hills. There, at this music festival, I saw some amazing women dancing beautifully with hoops. I had never seen anything like it! They were so graceful, and even magical the way they seemed to simply will the hoop around their bodies. It was as if they were so connected with the movement of this magical orb, that they had become one with it! 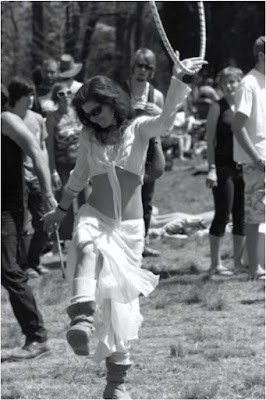 I wasn't brave enough to try hooping there at the festival, but the seed had been planted. It inspired me to seek out an adult-size dance hoop to learn with. I was also led by an online source to Weaver Street Market. The Weave (as it came to be known to me later) was a co-op grocery store with a cafe inside. The best part of the The Weave was the beautiful park area in the front lawn with mature trees for shade, picnic tables and benches to eat your food, have coffee or just enjoy the company of good people.

Every Thursday evening and Sunday morning they had live music out on the lawn and this had, over time, become a regular hooper hang-out. It was a tradition for the hoop dancers to dance to the live music on the side lawn. There was even a "hoop tree" where it was customary to put "personal hoops" you didn't want to share up in the tree.

The general rule was, if a hoop was on the ground, it was there for anyone to play with. After only one visit to the lawn, I befriended a kind woman named Julia Hartsell. This began a long friendship and apprenticeship of sorts. She taught me how to make hoops, and most importantly, how to build a community of hoopers.

I met many amazingly talented hoopers at The Weave; Beth Lavinder, Jonathan Baxter, Vivian Spiral, Ann Humphreys, Bonnie MacDougal, and many more. I began to pick up so many ways to move with my hoop from these great spinners and started to feel like I found a place where I finally belonged. I never felt so connected to a group of people that I hardly knew. They were so welcoming, and collaboration seemed to be at the foundation of their art. 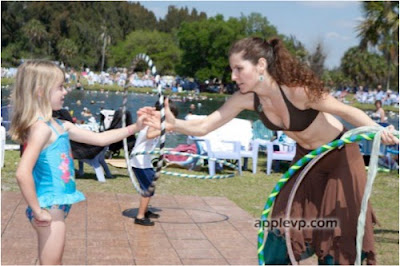 Once I was connected to the group of Carrboro hoopers, everything began to magically fall into place. I began noticing cycles and patterns I'd never seen before. It was obvious that I was on the right path! It felt as if the gears had finally locked into place and were ready to roll. There are too many synchronicities to list -- basically, it felt as if the Guides were cheering me on.

By Autumn 2008, at the very same festival I had first been inspired to pick up the hoop, I met the love of my life. He was a drummer traveling with a band from Sarasota, Florida. We dated long-distance for as long as we could, but by Autumn 2009 I moved to Florida. 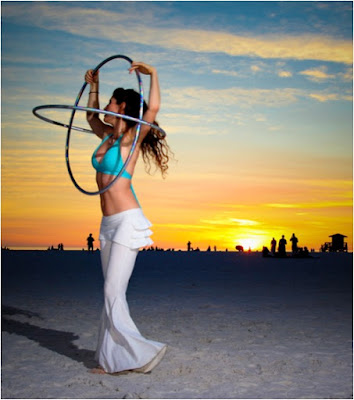 Since moving to Sarasota 8 years ago I have established not only regular classes but an amazing group of regular students, many of whom I call my closest friends. I am still amazed to see how this seemingly insignificant children's toy can transform people's lives!

But, to be fair, it is much more than that. Yes, the ‘toy’ is novel, but there is something magical about the spiraling movements that seem to be able to smooth down the rough edges of a harsh reality. Most beneficial of all, is the connection to authentic people. With the absence of competition comes collaboration. Collaboration is one of the fundamental foundations to building community, and belonging to a community is clearly a significant ingredient to finding happiness. 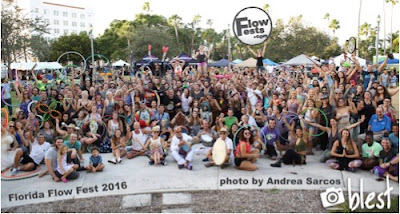 This Circle brought me to my authentic self. The path brought me to my husband, and our combined creative forces manifested the most amazing daughter. And yes, I taught and hooped through my whole pregnancy! Ha! Seriously, check out my video here!

I am so happy in this life that I currently live. I do not know where I would be without it, but I do know that hoop dance came into my life exactly when I needed it. Perhaps hoop dance is or isn’t the missing piece for you. However, I hope that my story encourages you to seek out novel experiences and engaging with people who inspire you. It can make a world of difference. 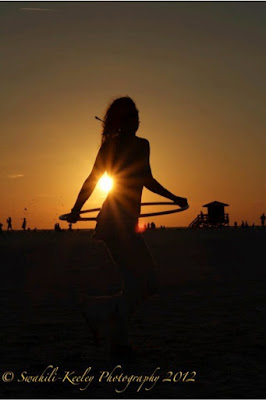 I teach an "Introduction to Hoop Dance: Foundations" series every month. There is more information on classes, workshops, and jams on the links below. I host a free hoop jam held every Tuesday on Siesta Key Beach an hour before sunset. This is my community offering for locals or visitors to the Sarasota area to casually try hooping and meet some amazing people. We live in a veritable paradise! Why not come out and enjoy the sand between your toes, good tunes, a beautiful sunset all while playing and having fun! 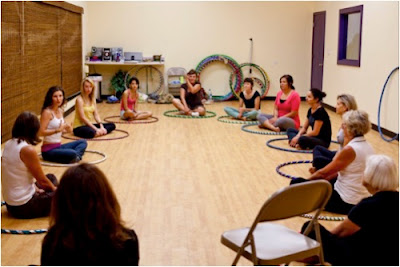 This is Week 28 of 52 Artists in 52 Weeks. Thank you for reading and sharing Bonnie’s story today. To connect with Bonnie and see more of her work, please visit the following links: 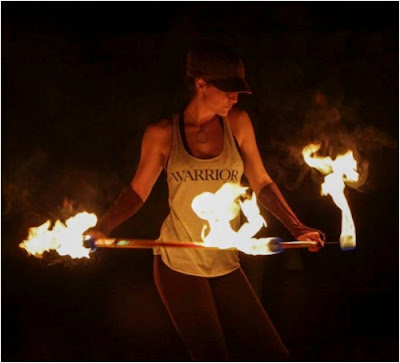