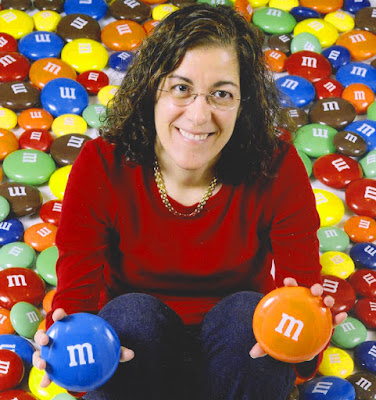 It’s been a long journey. Born in New Jersey, I moved with my family to Brooklyn, New York as a teen and learned to carve stone as a means of survival. The social scene at Lincoln High School was brutal; I was an outsider. Art was my way in -- my emotional lifeline -- my spiritual way out.

In 1981 I earned my Bachelor of Fine Arts at the School of Visual Arts, and also began “paying my dues” in sweat and stone dust. I became an elected member of the Allied Artists of America and the National Association of Women Artists, both in New York City, NY.

In my ‘Realism in Stone’ series I focus on realistic replications of icons of American pop culture, creating permanent records of “best loved” items in today’s society that may not exist tomorrow. That series was preceded by years spent in abstract sculpting and painting the limits and freedom of vision I encountered after suddenly discovering I was blind in one eye, and had been since my birth.

While working in abstracts and during the Realism in Stone series I began a functional art line as well, one that naturally flowed together with the culture of my Jewish heritage.

Somehow what started as an abstract ended as a wine knot, a nesting place for the beverage blessed each Sabbath by Jews around the world.  Chips of alabaster and other stones were transformed into ritual salt cellars, carrying the condiment into which generations of my family has dipped portions of braided bread before distributing it to diners at the Sabbath table.  Larger, more irregular chunks became candy bowls in which to cradle the sweets traditionally gifted between Jews on the holiday of Purim. 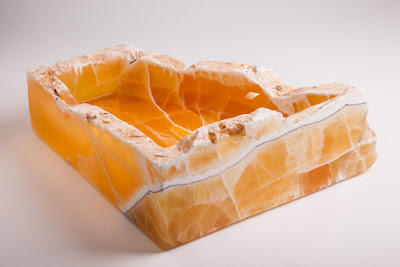 But Jewish art was not new to me: five deeply traditional silver Torah scroll covers bear my signature, including one whose model was first carved in stone discovered in the New York City yard of a newly-constructed Roman Catholic cathedral. Each of those commissions is now blessed with the prayers of a Jewish congregation.

Along with those sculptures and throughout my life I have sought infuse whichever media I use – be it charcoal on paper, oil paint on canvas or a diamond blade on stone – with all the forces at play. Any joy, heartache or rage simply becomes more fuel to the fire. A number of museums have exhibited my work, including The Alternative Museum, New York City, NY; City Museum in S. Louis, MO; Provincetown Art Museum, Provincetown, MA; and others. My work has been included by Sotheby’s in a Channel 13 Auction in New York, NY; shown by Fine Art Management Enterprises in Miami, FL; exhibited at the Waldorf Astoria by Elliot Stevens, New York, NY; and as a featured artist at the ARTV Awards, MGM Grand, Las Vegas, NV, among numerous other exhibitions. I have participated in shows in New York, NY; Dallas, TX; Philadelphia, PA; and online.

In an email dated April 18, 2012, my work received the exceptional honor of being praised by Marla Prather, Curator of the Department of Modern and Contemporary Art at The Metropolitan Museum of Art, who called it “quite remarkable” and noted that it “obviously relates to Andy Warhol.”

Although I have been honored nearly every year since 2004, I especially treasure the Newhouse Foundation Grant, the Gold Medal of Honor from the Allied Artists of America, and the Gretchen Richardson Award for Carved Sculpture from the National Association of Women Artists.

I have used my art as a healing tool for myself, but nothing can compare to the loss of a child. For that, I healed myself by carving out a 1,500-pound block of stone which now stands in one of the few places that helped him as a child:  Hillside Hospital in Glen Oaks NY. To me that was the most personal and important work that I have created to date.  Below is my statement about that piece.

This sculpture was created as a tribute to my son David Antar, who passed away October 28, 2013. It was carved from a 1,500 pound block of Greek marble at the summer 2014 session of Marble/Marble-26. This in itself is strange, because my David passed away at the age of 26 as well. 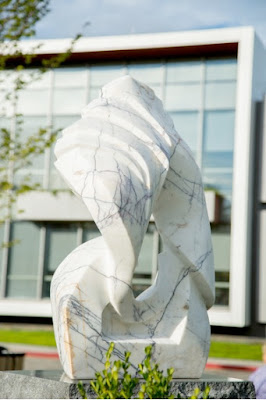 The stone, which now weighs 500 pounds, has purple veins running through it – also a strange thing, because when David was young and having a very hard time with life, his ‘secret code’ to me when he needed help was to whisper “purple!” That was also his favorite color when he was seven or eight years old. I had forgotten all of it when I purchased the stone – but it all came back to me as I worked through the carving.

I carved a knot because David had a very hard life. The knot represents his pain; but the knot breaks open into a flame, which to me represents life – his soul rising to Heaven. This was an extremely hard thing for a mother to do. But for me, a sculptor, it was also a work of healing.

This is Week 33 of 52 Artists in 52 Weeks. Thank you for reading and sharing Robin's story today. To connect with Robin and see more of her work, please visit the following links:

A side note from Robin - :)
My passion is to create virtual records of cultural and personal events that have impacted me greatly. My vision of replicating real-life events in stone allows me to transform emotions into lasting expressions of art for others to appreciate. I achieved my goal when the U.S. government wrote to tell me I cannot copyright a work of art because it too closely resembles the product that I chose to record in stone. The day I received that letter was one of the happiest days of my life.